US evacuates its citizens from Botswana amid COVID-19 crisis 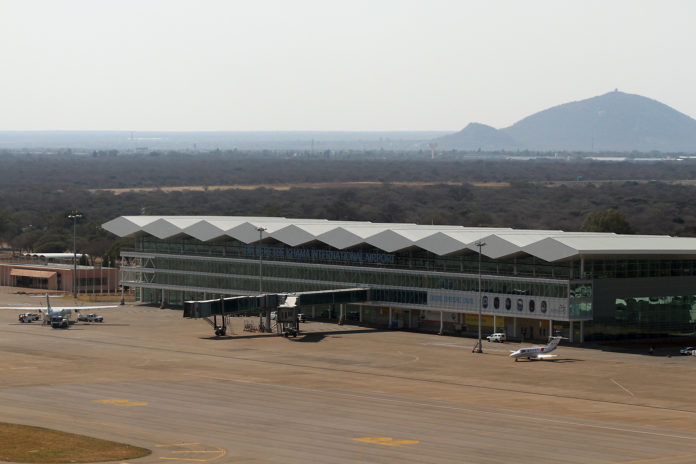 Just as the government announced Botswana’s entire Parliament, including the Executive will undergo a mandatory 14 day quarantine following exposure to COVID-19, the US government took a precautionary measure to fly its citizen back to America. The government on Thursday April 9, 2020 waived the ban on air travels to allow the US to evacuate its citizens from Botswana.

Government issued travel restrictions on March 16, 2020 banning all international departures and arrivals. On Thursday the Civil Aviation Authority were ordered to afford the Americans all the necessary assistance for the evacuation.

“We write to inform that the Ministry has received a request from American Embassy to evacuate American citizens from Botswana on 10th April 2020 due to the current situation of Coronavirus. The American Chartered flight is expected to arrive at 0300 hours and departs from SSKIA at 0400 hours,” a letter from the Ministry of International Affairs and Cooperation reads.

In what amounts to gross negligence by the health officials in the handling of the COVID-19 crisis, a health official who had been working at one of the designated health facilities for Coronavirus cases, was allowed to leave the facility and screen legislators at an extra-ordinary parliamentary sitting. According to experts it was an error of judgement on the part of the health department to allow an official from a red zone to inter the green zone. It is not clear whether the decision by the Americans to evacuate their citizens is a reflection of their views on Botswana’s ability to contain the COVID-19 crisis. The evacuation happens at a time when the US has the highest number of COVID-19 infections in the world.

CNN reported on Thursday that the situation was getting worse.

“The US death toll crossed 14,000 on Wednesday, with a record 1,858 deaths reported just on Tuesday. Since the outbreak started, about 425,000 cases have been diagnosed in the US. And researchers say the peak has yet to come,” CNN reported. “But the main model used by the White House and pretty much everyone else was updated Wednesday to show far fewer projected US deaths from Covid-19 — down to 60,415 people by August, from the 82,000 the model showed on Tuesday (which was already lower than previous projections).”

Botswana on the other hand announced seven new infections on the same day, bringing the total number to 13, with one casualty. Minister of Health Lemogang Kwape told the nation the situation was likely to get worse given there had already been at least two local infections.

The four truck drivers who tested positive for coronavirus at the Kazungula port of entry will be sent back home, the government...
Read more
549