Will the ‘Bosele Declaration’ ever be implemented? 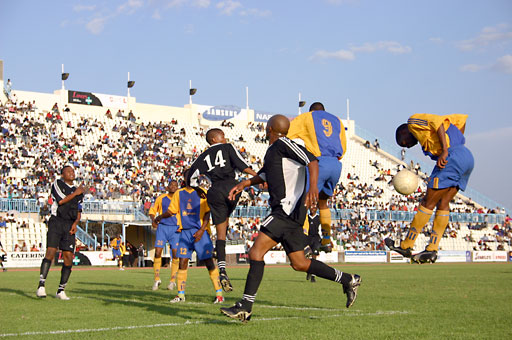 It was on Saturday on the 30th of July during the Botswana Football Association (BFA)’s general assembly. The BFA proposed some changes to its delegates and was left with egg on their faces.

Some of the contentious changes the BFA proposed were the reduction of teams from the current 16 to 12. Many BFA regions turned down the BFA and even threatened to pass a motion of no confidence in the executive committee saying there was something sinister behind the BFA’s proposal.

What surprised regional representatives the most was that the teams were just increased to 16 the previous year, and they queried the urgent proposal for the reduction. It should be borne in mind that the BFA President, Philip Makgalemele, nearly lost his cool because he could not withstand the heat from the regional delegates. The delegates blamed the BFA for double standards saying they helped their favourite teams to get promoted to the Premier League and want the ones they do not like to be relegated.

The issue of reducing the teams from 16 to 12 is back once again and whether it will be approved by the assembly when the BFA meets remains to be seen. The reduction of teams was one of the declarations made by the Premier League teams in Selibe Phikwe last weekend. The declaration, which came to be known as the Bosele Declaration, saw some of FIFA’s heavyweights gracing the occasion. FIFA principals in attendance included the technical officer of FIFA, Michel Beneezet and Ashford Mamelodi, who is a sports development officer. They called on the BFA to attend to agreed issues with immediate effect if football in Botswana is to be professional.

Most of the issues could be agreed upon but reducing league teams remains controversial and might not see the light of day. Already Extension Gunners Public Relations Officer, Cassim Dada, expressed his disapproval for the move. He said reducing teams would have a negative impact on teams like Gunners because they do not have official sponsors and only depend on gate takings.

Mamelodi tried to convince Dada that professionalising football would result in teams not only depending on gate takings but, rather, on sponsors. Officials of the Premier League teams looked to have embraced the issue but regional delegates remained steadfast in opposition. Other regional delegates have even made it clear that they would not be trampled upon by the BFA.

“What was actually discussed and agreed upon in Phikwe is something positive for our football. The only problem we have now is the people who are leading our football. Why, in the first place, were teams increased to 16? Obviously, our leadership wanted some teams to be in the Premier League following a hard struggle in the First Division. Now since those teams are doing well, the BFA want to renege on the issue. I can tell you that the reduction of the number of teams is going to be controversial and might not see the light of day. Other teams have a feeling that they were used by the BFA officials so that they could get executive positions,” said one official who preferred anonymity.

The official warned that punches might be traded on the issue.

Several issues were also fully embraced but it looks like a mammoth task riddled by complexities. It might even take years for most of the issues raised to be implemented.

Some of the issues included safety and security during games. Mamelodi made it clear that security at the games should not be solely for the referees but everybody who is in the stadium. Local teams are still taking the issue lightly and some teams have, on about two occasions, failed to provide security resulting in the postponement of the games.

One of the issues related to the improvement in the organisation and administration of the clubs. Clubs were encouraged to have their own offices and a fulltime secretariat. Another issue that was widely discussed is the review of club statutes. Clubs have been called upon to at least give a minimum of four years to the executive committees’ members instead of the current one year. One year is seen as not enough for the committee to implement their initiatives and ideas. Generally the challenge still remains capital. What ever improvement the teams want to make they decry insufficient funds.